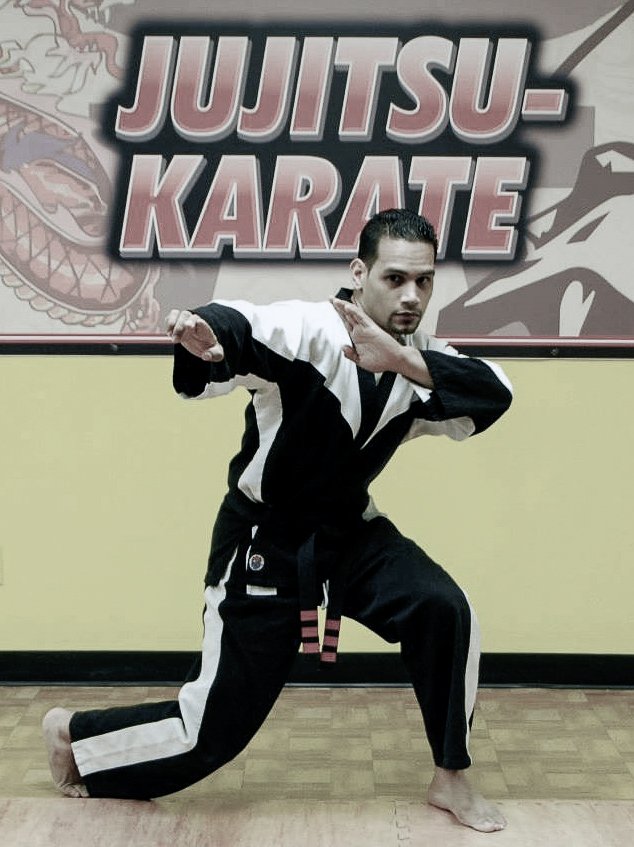 Jerime Cortés is the founder of the Cortés Defense System. He currently holds a 3rd degree black belt in Kenpo Karate and a 1st degree black belt under the International Jujitsu Karate Academy (IJKA). Sensei Cortés has practiced martial for 36 years and has 25 years of experience teaching students of all ages and nationalities. He’s lived in many places, in different countries, where he’s had the opportunity to train with other martial artists from different styles (kung-fu, judo, freestyle karate, kickboxing, kali, jiu-jitsu, aiki-Jitsu Kai, kajukenbo, aikido, Olympic wrestling, and more).  The exposure to different styles has greatly influenced his own.

From his very first karate lesson, his focus in martial arts has been self-defense. As a child, he was bullied in school. Back then he was short (still is), skinny, and spoke no English.  As time passed by, bullying was not an issue anymore.  Because he moved frequently, it was very difficult to complete an entire curriculum for a given style.   Back then it was a bit frustrating for him, but later on, he came to appreciate the unique opportunity he had been given.

After years of training, and exploring different styles, Sensei Cortés believes that the next step as a martial artist is to define his own interpretation of martial arts; to give his years of hard work, learning, perseverance, discipline, and pursuit of knowledge a name, to structure and share it with others. For this reason, he’s decided to create the Cortés Defense System.

We invite you to join Sensei Cortés in this new journey, as he re-visits his previous experiences, lessons learned, mistakes, and accomplishments, while refining skills and acquiring new knowledge with the ultimate goal of creating not only an effective self-defense curriculum but also a System that will help its practitioners cultivate and develop the best version of themselves.